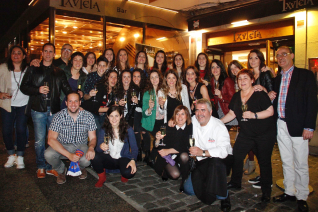 True to their inquisitive and non-conformist personalities, Ander Esarte and Marian Garmendia continue to renew their menu periodically. To do so, they incorporate different novelties created in their kitchen, such as their filleted tuna steak with garlic, grilled octopus with Castilian-La Mancha mashed potatoes and Canary Island sauce, their “katxopo” stuffed beef schnitzels with ham, or the “merlucines” hake with prawns.

Likewise, The Txuleta continues to support sport in San Sebastian with its sponsorship of the Bera Bera women’s handball team, Real Sociedad results sweepstakes, its promotion of the Donostiarra trainera rowing team and its support of the Parte Vieja (Old Part) pelota (Basque handball) club. It also collaborates with different societies and groups within San Sebastian’s culinary and cultural world.

The restaurant, in general, and Esarte in particular, continues to participate in different gastronomic events with institutions as well as with different brands and associations. 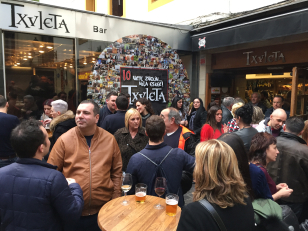 In 2016, The Txuleta launched the brand 'Esarte Select', a wide range of products such as cured ham, chorizo and salami which are offered in its display case located at the bar.

One year later, for the restaurant's tenth anniversary, the 24th of March 2017, a big party was organised at the restaurant, where the whole 'Txuleta family' was invited: family, friends, clients, sales staff, and people from the hospitality industry.

In commemoration, a large mural the shape of a vinyl record and composed of images from over the years: new dishes, customers, press clippings, famous personalities, memorable days etc. was printed and placed on the terrace window. 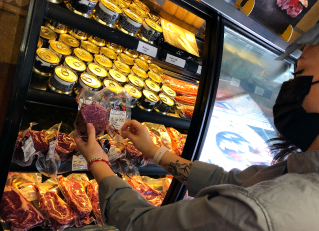 The bar expanded its service in 2013 with the installation of a large display case containing its star products, from which customers can buy vacuum-packed “txuleta” beef chop, sirloin steak, entrecote “rib eye” steak, or “txistorra” a type of sausage; there are also anchovies, asparagus from Navarra and 'Euskal Txerri' pâté, among many other items. Everything to take home, to the mountains, or to the beach.

In 2014 the interior dining room was decorated as 'El txoko de la fama' the hall of fame, a beautiful corner full of photographs of well-known personalities from different walks of life who have passed through the restaurant: chefs, actresses and actors, sportspeople, musicians, friends and more. A tradition inherited from when Ander Esarte and Marian Garmendia worked in Madrid with Esarte's uncle, Pedro Abrego, in the restaurant 'Txistu'. 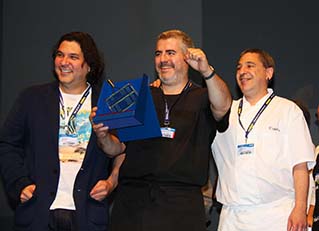 We are winners for the National Grilling Competition in “San Sebastián Gastronomika” Congress. Champions of the 2012 and 2013 editions. 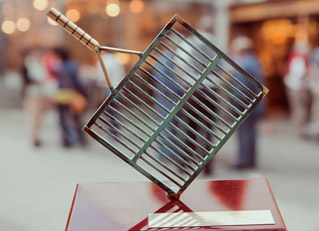 The donostiarras Ander Esarte Abrego and Marian Garmendia are the owners of the restaurant Txuleta –Parte Vieja since March 2007. They are renovating and modernizing the terrace, and changing all furniture.

With a young, hardworking and enthusiastic team, they have managed to create a traditional and seasonal cuisine with high quality ingredients. They won the first prize of the III National Grill Contest in the Gastronomika Congress, which took place in San Sebastian in 2012 and 2013. 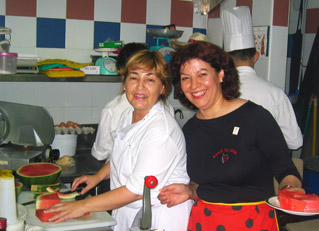 Ander’s uncle, Pierre Abrego, owner of « Txistu » and « Tambour d’Or » restaurants in San Sebastian, asks them to go with him to Madrid to his restaurant « Txistu ». Among his activities, Ander cooked for four years for the Real de Madrid, while moving and participating in major events such as the Athens Olympics games and the Madrid 2012 candidacy in Singapore. 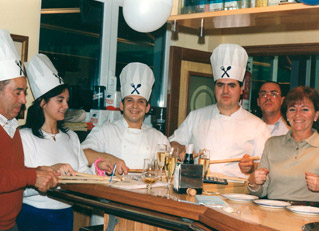 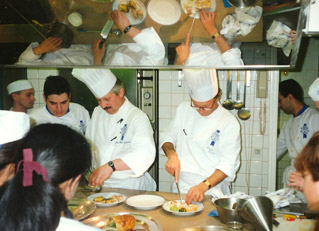 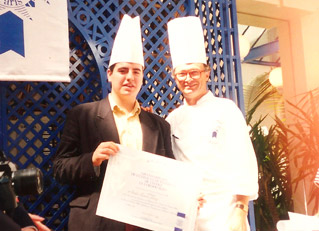 Ander Esarte started his professional career when he was fourteen, working in the restaurant « Zapatari » in San Sebastian, which was managed by his aunt, Carmen Abrego, and the cook José Mari Araneta. They both taught him a lot of cooking secrets.

The Txuleta is a temple for local products, cooked without sophistication but with all of its virtues.